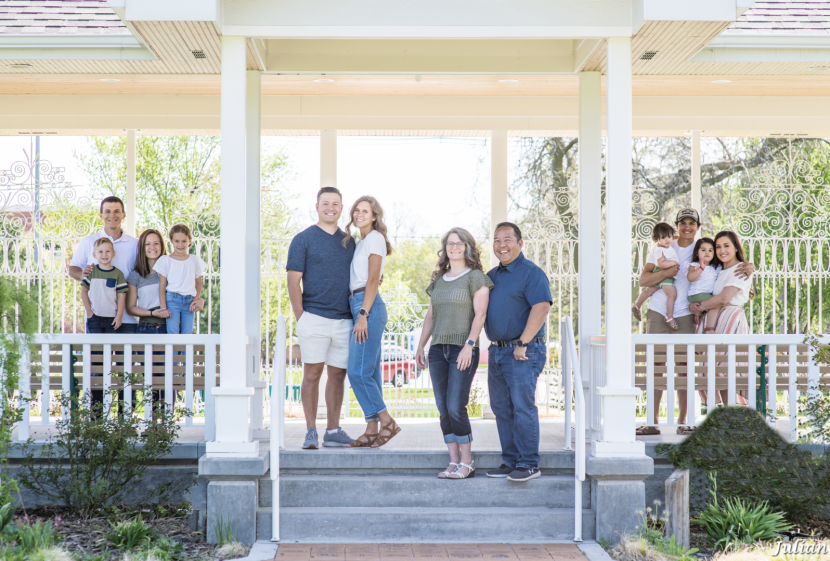 Paul A. Julian was born in beautiful warm sunny California in 1964.   Paul Julian was baptized in 1974 by Brother Marion Mckee. At the early age of 11 as he was listening to Brother Don Pinon preach in Lennox, California, he determined in his heart he was going to Bible College in Nebraska. He graduated from Woodrow Wilson High School of Los Angeles in 1982. He attended Bible College at Scottsbluff School of Evangelism, Brother Archie Word was his favorite teacher, where he received a Bachelor of Sacred Literature degree in 1989.

While attending Bible College, he met Theresa Frase of Potter, Nebraska, whom he married in March of 1988. They have been happily married for 34 years.

Paul and Terry are blessed with two children, Brittany is married to Grant Gartner and has two beautiful children. She graduated from the University of Nebraska at Kearney with a teaching degree. Anthony is married to the Great Grand daughter of the late Don Pinon, her name is Autumn. They have two beautiful daughters. Anthony graduated with his teaching degree from the University of Nebraska at Kearney. Terry, Paul's wife also graduated with a teaching degree from Hastings College.

Paul has been serving Hastings since the month of September 1991. South Street Church of Christ is his first fulltime ministry. This is his 31st year of ministry in Hastings.

Terry works for the Hastings Public School System as a Technology Facilitator. She is also a fitness instructor at the YMCA. Terry is a great helpmeet of her husband. And wonderful grandmother.

2 Tim 4:2 Preach the Word; be prepared in season and out of season; correct, rebuke and encourage-with great patience and careful instruction. NIV

If you have any questions, you may call 402.462.5804 or email Paul Julian at loveinchristpj@gmail.com or visit us at the South Street Church Of Christ 200 East South Street, Hastings, Nebraska 68901